Being Black In the City 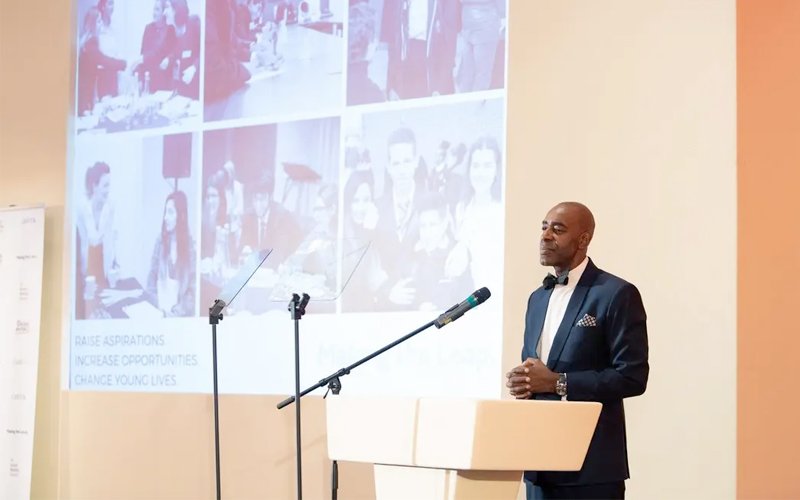 I was born in England. Croydon to be precise. Having moved north of the river at the age of four and with my football alliances being what they are, I normally withhold the inconvenient truth of my actual birthplace, but I’m sharing so I might as well start with that confession. As I say to the hundreds of young people I encounter each year, growing up in London in the 1970’s was very different to what it is now.

The Black & White Minstrel Show, with white men in blackface, was a Saturday Night TV favourite; Eddie in Love Thy Neighbour relished calling Bill a “nig-nog” and the racist character of Alf Garnett made people laugh hysterically – unsurprisingly, none of that was entertaining for me.

Then as now, I loved football, and vividly remember National Front leaflets being sold outside stadiums, bananas being thrown on the pitch and what seemed like whole sections of the crowd making monkey chants and the commonplace of calling the few Black players “you Black bastard”. That was the fans.

On the pitch itself, there was at first a stereotype that Black players could only be wingers, as they were fast, and didn’t have the brains to be centre forwards or centre halves. When that was disproved, Black players were not seen as being savvy enough to be in the control room of centre midfield. It wasn’t until 1978 that Viv Anderson played for England, and it was only then that the England team started to feel like it might possibly have anything to do with me – someone who was both Black, and born and bred in England.

It was the same with cricket, as I had much more affinity with the touring West Indies cricket team than England, despite me having then never left these shores and not having Caribbean heritage. I was jubilant when they spanked England 5-0 in 1976 – which the papers imaginatively described as a “blackwash”.

To this day, and I know many of my vintage who feel the same way, it is difficult for me to support the England football team and I will more readily support an African team or France because of their large number of Black players. What is ironic is that there are probably more Black or Black Mixed-Race players playing for England than at any time in history, but they do not seem to be as feted by the media or the fans as their White teammates, or are more harshly criticised by the same, and so my default supporting position still stands.

In the late eighties I started looking for work, and I was a bright and eager chap called Victor Johnson. Yes, that is the name on my birth certificate! I had A Levels and a degree, admittedly not as good grades as I was capable of, but I still had more academic qualifications than 90% of the population.

I then crafted a good speculative letter and sent it to around 200 banks and financial institutions in the City. The letter began “I am a 24-year old Black Economics graduate and I’m looking for a career in banking/finance. I’m willing to work hard and I’m keen and eager to learn…”

I sent out 200 letters and got two offers of interview. One was with National Girobank, which I did not sufficiently prepare for and so that is on me. The other was for a South African bank and given it was still in the days of Apartheid, I declined. Disappointed with the level of interest, I looked at the letter again to see how it could be improved. I went through it forensically and revised it. It worked.

I sent out 20 letters and received two replies, a tenfold increase. What was it that made it so much better? I simply removed the word “Black”. Then though I had the problem of one interviewer saying “I have three more people to interview” the second he saw me and had the experience of someone coming down to meet me whilst I was waiting in reception, then them going away and then coming back and being surprised that the Victor Johnson that he was meeting, was 6’2 and Black. Having realised that my hue was a problem in terms of successfully entering the corporate world it influenced me to make a big decision. I decided to change my name.

I was fed up of that raw rejection that I was regularly experiencing and thought it better that they knew I was Black from the off and if they were going to reject me for it, fine. I decided to embrace my Blackness with pride and say “yes I have an African name, deal with it!” and Tunde Banjoko was born.

Ten years later I went on to start a leading social mobility charity and my personal brand has since grown substantially. I went on to get a Masters from UCL and I have rubbed shoulders with Royalty and captains of industry. One recurring theme is that I am mostly the only Black male that is in the room that is not there in a service capacity. There was one grand event last year, where I was on the most prominent table of the 30 or so in the room, but I was the only Black guest out of the 300 plus there –all the servers, absolutely all of them, were Black. It was like I’d been transported to Virginia in the 1700s, I felt so uncomfortable. Being the only Black in the room is a common occurrence.

Race matters, yet we almost never talk about it.

It seems as if the prevailing wisdom is to take a colour blind approach, but all that does is maintain the status quo and doesn’t help wider society to be aware of the experiences of Black people in the corporate world, where we are almost non-existent in board and leadership roles.

I very recently had lunch with a good friend of mine who was a partner in a large firm. He said that there were fewer than 10 Black-British current and former partners out of a total of 2,600! I’m not suggesting that these disparities are the result of discrimination, in fact I’ve been the beneficiary of some incredible support by some wonderful people. Rather they are sins of omission, with organisations not being aware of the problem or thinking that because it is structural nothing can be done.

Something can be done though – invest to develop the pipeline and then support talent once they join a firm, and then sponsor them so that with the combination of hard work and talent, they can reach their potential and benefit your organisation.

It would be wrong to say there has been no progress at all in the 30 years I’ve been engaged with the corporate world, because there has been. But the progress has been slow and recently I have started worrying that we’ve regressed. I would like to ask that organisations begin the conversations about race. Find out from the existing Black staff what they feel – give them a voice, and then think of what could be done to increase the number in the room. It’s not going to happen overnight, I know that, but if in another 30 years there’s still only one or no Black in a room, then all of us have somehow failed.