All Races Are Equal, But Some Are More British Than Others 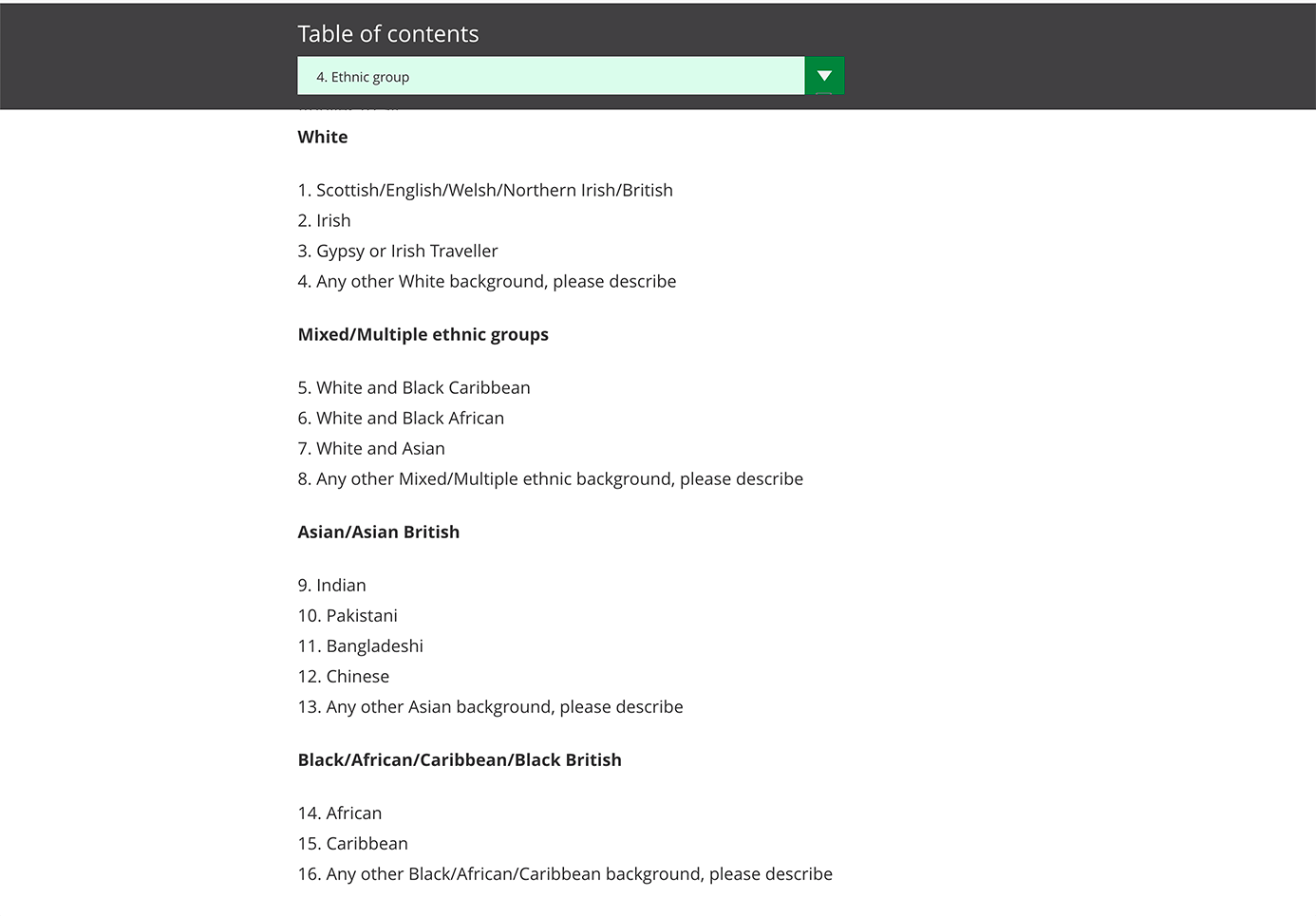 Did you know that in England & Wales you can’t officially be Black and English or, say, Asian and Scottish? “Oh yes you can”, I hear you say loudly and “oh no you can’t”, is my firm reply.

At this point you might think I have taken leave of my senses. One might point to the number of Black/Mixed-Race players that play football for England, but if anyone of them thought that they could find that particular categorisation when they make use of NHS services, for example, they couldn’t as there isn’t one that allows them to identify as English.

It would be the same if they wanted to complete a registration for their child at school. Many forms monitoring ethnicity are based on the classifications in the 2011 Census. These are inadvertently telling people of colour that we can at best be British (although there are some forms that don’t even have that option), but we cannot be from England, Scotland, Wales and Northern Ireland because of our skin.

We are told something else too, that we are less British than our White counterparts and they are being told that as well. Not explicitly of course, instead we are told subliminally but no less clearly, that this country (no matter which of its constituent parts we are from) is somehow more theirs than ours in that that they can be of it, whereas our hue means we’re really from somewhere else and our tenure here is only by permission.
This is sometimes reflected in the way some White people (usually middle class or foreign, people who didn’t grow up around the likes of me) sometimes ask me where I am from, to which I reply “London”. Occasionally they persist and ask “where are you really from?”, and I then say “ok, you got me, Acton”.

There was a time when this wouldn’t have bothered me, and I would have been happy to “rep” Black/Black-British and African. This was until I realised that it was separating me from most of the Black people that I grew up with. Looks wise I’m indistinguishable from them, we went to school together, we speak alike, we intermarry; but because their parents were from the Caribbean, we officially have to be different. It does this simultaneously whilst classing me the same as someone that may have come to this country from the African continent as an adult and therefore did not share many of the British cultural references that formed my developmental years, and are a key part of why I am who I am.

I know many White people whose parents or grandparents were born in Europe or Southern Africa, yet they get the chance to self-identify as English (usually alongside Scottish, Welsh and Northern Irish), on official forms, purely on account of being born here, so why can’t I? Whilst it made sense in the ‘50s, ‘60s and ‘70s when ethnic minority communities first arrived here from overseas in large numbers, now it’s unjustifiable.

Things have moved on and there are now 7.9 million Racial Minority people (including those of mixed ethnicity) in this country and 4 million were born here, with increasing numbers of families with at least three generations of being so, and would be very much foreigners anywhere else. It is time that this is recognised. If I was to visit Lagos, I would be an “oyinbo”, just the same as if I was White, and amongst some of the locals I got to know on my many trips to Jamaica, my moniker was simply “English”. They know and it’s time the British Government knew too, we’re here and there’s only going to be more of us born here.

When we talk about the perniciousness of structural and unconscious racism, there is little more insidious than the fact that from the very moment you are born, you are officially not able to be from the country of your birth because of the colour of your skin. It sets you up from the very beginning as an outsider, for a lifetime of inequality. This is something uniquely British, and whilst they are far from devoid of their own race issues, those who aren’t White but born in the respective countries will more readily tell you that they are French, Dutch or Portuguese.

Another thing is that not recognising that there are people from racialised minorities who are every bit as British as any White person, means that the data is crude and doesn’t allow for the charting of difference in outcomes between them and someone of the same skin colour, but has arrived here as an immigrant after schooling. I know from experience that in the Black community, there is a negative correlation between growing up here and being successful in the corporate world, with proportionately most of our successes being educated “at home” or in the U.S. Exploring such differences might unlock the door for interventions that could address that particular Black attainment gap.

I don’t doubt for a second that there will be people from racialised minorities who were born in this country, or who came in early childhood, who are proud to put down Indian, Pakistani, Caribbean or African as their ethnic origin, and that’s fine. That is their right and it shouldn’t be taken away from them, my issue is that we should equally have the choice to be exclusively Black or Asian AND British, with the addition of the same top line of British options on the ethnic monitoring forms as our White peers. It’s currently a case of all races are equal (supposedly), but some are more British than others, and we desperately need to change that.